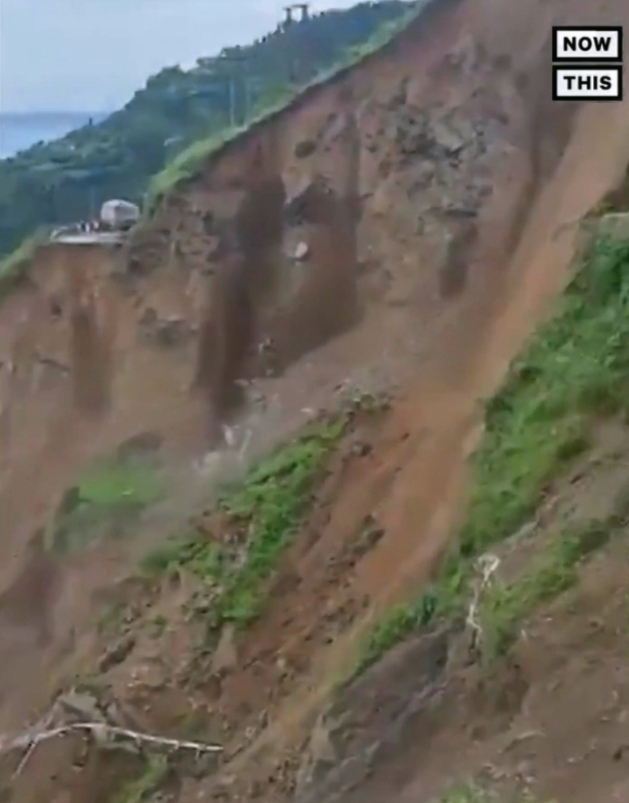 Earthquakes, landslides, cloudbursts, flash floods, forest fires, droughts, etc. have caused incredible  loss to the state. Besides loss of life, these disasters also strain the state exchequer. we know Landslide is the most common disaster in Himachal Pradesh which causes immense loss of life and property.

A road in Himachal Pradesh, India, was swept away by a landslide on July 30 , 2021. Though there are no reports of injuries or deaths but which makes great indication about climte change terrible effect . Local reports say excessive rainfall is causing flash floods and landslides.

A landslide is concern  as the movement of a mass of rock, debris, or earth down a slope. Landslides are a type of “mass wasting,” which denotes any down-slope movement of soil and rock under the direct influence of gravity. Earthquake shaking and other circumstances can also induce landslides underwater.

Landslide occurrence during last four decades has been very high in Shimla, Solan, Kinnaur and Mandi districts etc . The high intensity rainfall, particularly in monsoons, is one of the chief triggering factors for such incidents.

One thought on “Himachal Pradesh , India Faced unbelievable erosion due to excessive rainfall .”